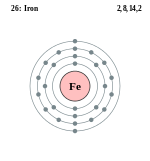 Our race last Friday was in winds of around 15-17 knots which is more than we usually experience, but nothing that should have been too difficult.  And the wind was with the tide, so the waves were relatively small.

But, I had completely forgotten how important it is to avoid getting into irons when tacking - and I paid the price.

The first time was about 30 seconds before the start - I was coming in on port and meant to do a quick little tack into a big hole at the line.  But, with my mind apparently elsewhere, I did a slow tack right into a little wave and stopped dead. Not fun. Everyone else was heading toward the line and I was going backward.  Instead of trying to simply do the classic push-push, I panicked and did something stupid and capsized. I don't remember what I did, but no doubt I was concentrating on the other boats and, at least at the moment I tacked, I should have had my head IN the boat.   After righting the boat, I had the presence of mind to push the tiller over and back down, turning away from the wind and finally get going - but almost a minute behind everyone else.

And it was not over.  After rounding a leeward mark with at least a modicum of dignity, I decided to tack and again some stupid thing happened - into irons.  At least I didn't capsize, and had the presence of mind to push-push right away. So, I didn't lose a lot of time - only a lot of self-respect.

Then, thanks to my friend's misfortune of a broken hiking strap, I avoided a potentially difficult gybe near another passing of the leeward mark.  The wind around the mark was getting particularly squirrely - it kind of funnels/bounces off some nearby buildings. I was thinking about how to gybe without a swim when he capsized about 40 meters in front of me and turtled.  With the wind strengthening, I was very quickly heading straight for him on starboard and I came up a bit to avoid him and the wind caught me and rounded me up quickly.  I said to myself - this is fate - I will just keep going and tack instead of gybing. And it worked.

By the end of the race, I did pass a couple of boats and a few retired, but overall it was a race to forget.  The next day the wind was about the same, so I went out and practiced tacking and gybing for an hour.  It was worth it getting back to basics.

Now if I can just remember the importance of quick tacking next time we have some wind.
Posted by Keep Reaching at 5:14 PM No comments: