The Sailing World Cup finals were held in Abu Dhabi recently and I had the chance to see all the top Laser sailors launch on the Medal Race day.

It was also quite interesting to see the clockwork precision with which a top-level regatta is run.  On the Medal Race day, each class was given a specific time to be ready for inspection and then launch. Sailors who were late by only 10 minutes were penalised by the Jury.

As the Laser sailors prepared for inspection, I looked at how each rigged their Lasers and while there were no great secrets learned, it was interesting to see the differences.

First, the outhauls - some had the small block at the back half of the boom (which is what I am used to) and others had it in the front part of the boom.  This is Pavlos Kontides with his outhaul block upfront. 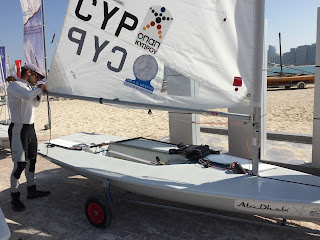 Both Australians, Tom Burton and Matthew Wearn have theirs at the back. 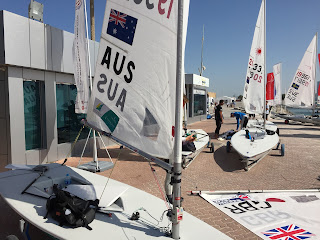 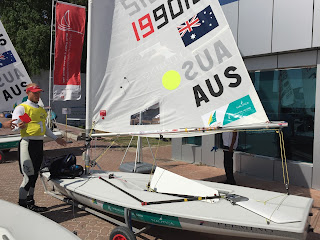 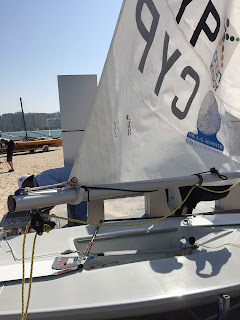 The bungee cord attached to the clew. Some were straight to the jam cleat and others criss-crossed under the boom.  Sam Meech criss-crosses, as does Kontides. 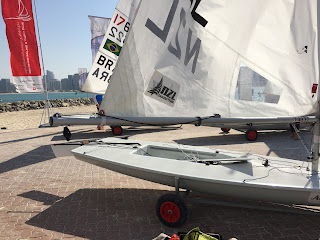 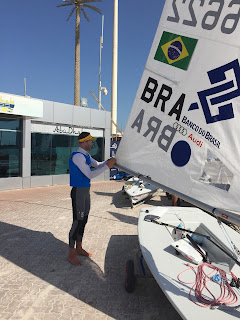 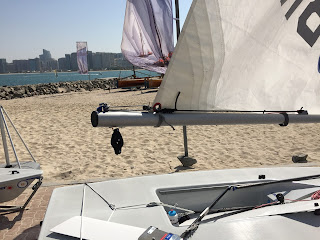 About half of the people used tape or string to hold the vang into the thing (whatever it is called) on the boom. 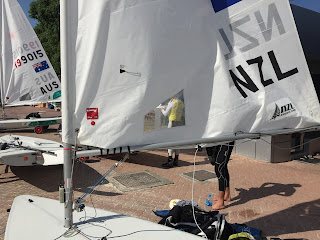 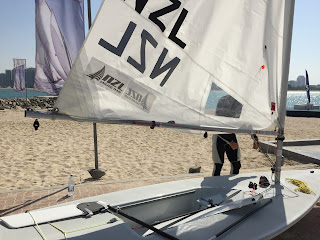 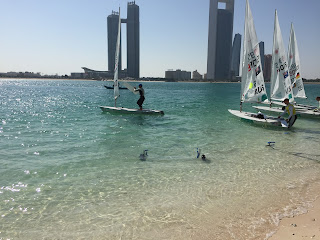 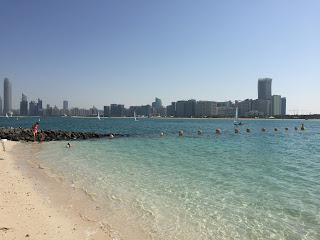 And Robert Scheidt remained the longest - standing until he was a good 200 m or more away from the shore. That is him in the middle boat, still standing, facing forward.  Unfortunately he was headed out for a terrible medal race - he was comfortably in second place and then sailed into a hole, dropping quickly to 9th place where he stayed until the finish.