My first Laser Battle post described a confrontation between Burton and Stipanovic.  Here is the followup.

Tillerman already knew the answer but gallantly abstained from posting a spoiler.

You can read the decision here (see Protest 36).  The following is my take on it.


No doubt Stipanovic had calculated all this and realized that his best bet would be to try to make Burton have a very bad score, even it meant he had one also.


And that strategy is perfectly legal as long as it is done within the rules.


But the jury found that on the downwind leg, Stipanovic violated Rule 17 by sailing above his proper course. This is clear from the findings where we read that, after establishing a leeward overlap from clear astern, Stipanovic luffed and both of them sailed parallel for a minute and half, losing many places – clearly this was not Stipanovic’s proper course.


And, given that these were championship sailors, one can safely assume they were well aware of Rule 17 and, given the scores coming into Race 8, it was clear that Stipanovic forced Burton into having a bad score by intentionally breaking a rule.  Burton was also aware of this since he was cursing Stipanovic and yelling "Rule 17" (See Protest 37 and the last sentence of the Protest 35 decision).


Stipanovic's actions were the type of behavior that will trigger Rule 2 – the sportsmanship rule.


A boat and her owner shall compete in compliance with recognized principles of sportsmanship and fair play. A boat may be penalized under this rule only if it is clearly established that these principles have been violated. A disqualification under this rule shall not be excluded from the boat’s series score.


So, the jury found that by violating Rule 17 in these circumstances, Stipanovic violated Rule 2 and disqualified him with a score of DNE – which, as provided in Rule 2, means this disqualification cannot be excluded. Bad news for Stipanovic.


So, crime does not pay as shown by Stipanovic’s DNE, but what about the victim of the crime? Here, there is a solution through redress. Burton requested redress and was granted it under Rule 62.1(d), which provides that redress may be granted if “a boat’s score in as race or series has been or may be, through no fault of her own, made significantly worse by … an action of a boat… that resulted in a penalty under Rule 2….”


This means that if either Rule 2 (or Rule 69 Gross Misconduct) hurts an innocent person’s score, the jury may adjust the score. In this case, although Burton finished Race 8 in 31st  place, the jury adjusted his score to 21st, apparently taking into account the number of places lost during the luffing episode.

Bonus question - as Tillerman rightly noted, the other grudge match I was referring to was between Ben Ainslie and Robert Scheidt. It was in the 2000 Sydney Olympics.  They sailed a private match race with over 30 tacks as the two boats danced a synchronized pas de deux over the course, with Scheidt being disqualified in the jury room and Ainslie taking gold.  I couldn't find the jury decision, but here is a newspaper account:

Ainslie induced Scheidt to collide with him just before the gun, causing the Brazilian to take a 720-degree penalty turn. Ahead, and with both their fates in his grip, Ainslie clamped his boat in front of Scheidt's, tacking every time he did. There must have been 30 tacks, perhaps more, and their synchronicity was so perfect it looked as though the two boats were attempting to perform in unison. The eye contact was intense as Ainslie sailed the opening upwind leg looking backwards as much as forward.
Scheidt committed a second foul at the windward mark. As Ainslie blocked him out, Scheidt gybed around and came up underneath the Briton with right of way. Scheidt's head was pressed into Ainslie's sail as they collided but he had altered course so suddenly the Briton had no opportunity to keep clear.
Still, the outcome was far from settled. In the last two legs, Scheidt recovered to 22nd place. If he had made it to 21st, he would have tied with Ainslie and won gold with four race wins to two.
Ashore, both men protested. "I think he did a good job," said Scheidt, his praise a shade grudging. "The only problem was that some rules were broken."
Ainslie believed that, too, but was sure the only person at fault was Scheidt. Five hours after finishing the race, Scheidt was disqualified by the race jury and Ainslie confirmed the winner.

Posted by Keep Reaching at 7:23 AM No comments: 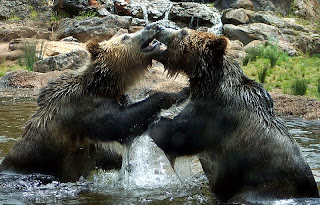 There was an interesting battle between two of the world’s top Laser sailors, Tonci Stipanovic from Croatia and Tom Burton from Australia, at the Sailing World Cup regatta a few weeks in Hyères.


At the finish, Burton was 31st and Stipanovic was about the same. Burton protested and requested redress.
Without peeking at the actual case, can you guess what rules, if any, were broken and what the jury did with respect to Burton and/or Stipanovic for the protest?
What about the redress?

Bonus points - can you name a big Laser Olympic grudge match where match racing tactics were also a factor in deciding the winner? 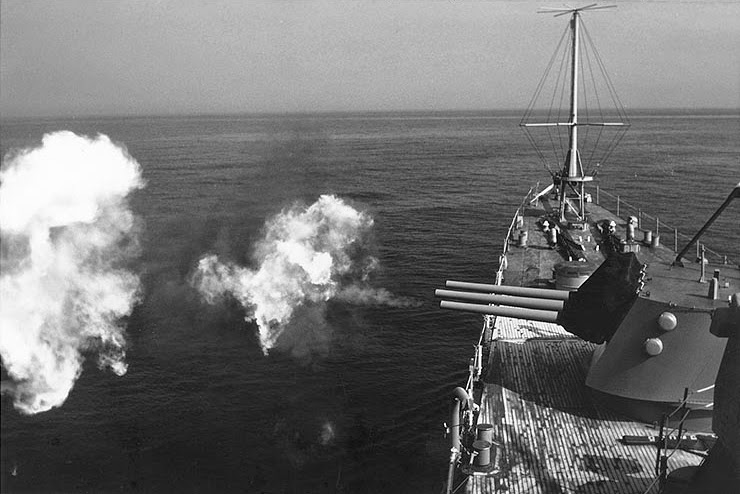 In yesterday's race I successfully shot the finish line - something I have read about but never really done before.

The rest of the race was nothing to write home about - a poor start and then to pile ignomy on top of that, I started to go toward the wrong mark at one point.  Not glorious.

But, back to the positive note.  As I was on the last upwind, heading for the finish. I was coming in on port with a colleague to my left and slightly ahead.  I saw the opportunity and hiked for all I was worth, which gained me a bit but I was still not where I needed to be, so I decided to try shooting the line.  I did so, bearing off just a tiny bit to get a last bit of speed and then luffing up as late as I dared, hoping I had timed it right - I had and I finished about a half a boat length ahead of my colleague.

Wow, that felt good.
Posted by Keep Reaching at 1:10 PM No comments: