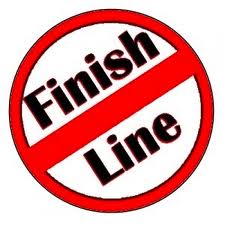 We had 4 short races today and I was mediocre for the first three.  First race a poor start, jammed in the middle of the line and catching lots of dirty air. Second race was better with a decent but not great start and middle of pack. Third race better, finishing in top half.

Then the fourth race - an excellent start, just clearing the committee boat at the start and tacking immediately and before anyone else onto port toward the tidal current flowing strongly upwind.  Good beat upwind keeping the boat nice and flat and lengthening the gap with the others.  Good tack onto starboard on the lay line and a nice rounding of the windward mark in first place. Wow, that felt good.

Then, downwind, being careful, going a bit to the left to get out of dirty air and sail by the lee a bit. Then, with others building up behind,  I decided to go right to get out of dirty air and head toward the right side of the finish line. Going well, staying ahead of others and savoring the impending win.  Crossing the finish line I was surprised to see the others gybing around the mark and heading off upwind.

At which point I realized that I forgot there was another sausage to do. Oh well. I did the other sausage and finished the race next to last.  All the great technique wiped out by not thinking.

But the best was when I got to shore and was telling others about my goof and one of the sailors said - you want to hear something even more stupid? I said I couldn't think of anything worse and she replied "I saw you going off to the right and thought you had a brilliant tactic in mind - and I followed you."  I laughed and said "You win - that was stupider".
Posted by Keep Reaching at 9:59 PM No comments:

I have been remiss in blogging recently, but I do have an excuse - and a very good one.

My daughter got married and I had the absolutely wonderful experience that so many fathers have had of walking his little girl down the aisle. And it was even better than I thought it would be - all the clichés about how proud a father is, about how amazing it is that the little girl has grown up into a radiant woman, etc etc etc - are all absolutely true.

Walking down the aisle, I had a very hard time keeping things together - a rush of emotions swirled around and I kept telling myself to stay composed and put one foot in front of the other so as not to take anything away from her.

And the amazing thing is that my other daughter will be married in a few weeks - so I get to have the wonderful experience all over again !  How lucky can a guy get.