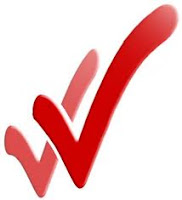 Today, instead of reporting keen observations about how our better sailors did, I will instead report on some mishaps.

The first series are examples of how important it is not to assume anything and not to forget checking the simple, basic things.  Murphy is alive and well.

Our race officer for the day, a veteran sailor and even a holder of an RYA Yachtmaster qualification, made some simple mistakes that should not have been made - but which goes to show that even the best of us is not immune.

It is the job of someone else to keep the Committee Boat topped up with fuel and so our intrepid PRO blithely took it out without checking.

Does anyone not see what is coming next?

Yep, he ran out of fuel out near the channel. So, he thinks - I'll just call a friend on my mobile phone and ask to send out a couple of jerrycans of fuel. Oops, his mobile phone was left onshore.  Oh well, never mind, just call on Channel 76 on the boat's radio - after all it is supposed to be monitored by the Coast Guard and others. So, after a few calls were met with total silence, our PRO (and his lovely wife who was helping him and apparently is still married to him) sat around for an hour until they noticed a Hobie trimaran sailing nearby and hailed him.  He came over and luckily had a mobile phone. So our PRO called a friend back at the Club and some jerrycans were loaded on a RIB and sent out.

The race finally got underway and it was gusty with wind over tide. One of our better Laser sailors was going around the gybe mark when that dreaded Laser event happened at the worst time - a gybe lasso of the transom. OK, stuff happens and maybe only a capsize would be the result.

Except in this case the mark was a very solidly anchored metal channel marker and our intrepid sailor saw that we was too close to be able to extricate his boom from the lassoing and was faced with slamming into the channel marker sideways or head on. He chose head on and as a boat just behind reported things, it was like the beginning of a pitchpole as the bow hit the immoveable object and the transom came out of the water, dumping the helm in the water of course.  The good news is that the helm was not hurt and the sail and mast were spared any damage from the various metal bits of the marker.  Only the bow will need some surgery.


Posted by Keep Reaching at 7:09 AM No comments:

Due to some surgery 10 days ago I will be unable to sail for another 6 weeks - yikes, that sounds like a long time.  It is frustrating to watch everyone rigging up and being relegated to the Committee Boat.

But, I have determined to look closely each week at some of the better sailors and try to identify at least 2 specific things they are doing that is paying off for them.

This week, instead of around the cans, we had a longer race around an island, the only mark.

The two things I noted that were done well were not great revelations, but solid confirmations of things to keep in mind.

First, local knowledge, especially involving tides, is so very important and can compensate for boat handling mistakes. One of our veteran sailors had a very bad start and was quite far behind at the beginning and for the first half of the race. As he rounded the island, he decided to go around an intermediary island on the different side from others.  A smart move because it put him in the shallow water sooner to minimise the adverse tide and it also put him almost on a layline all the way home.   A slightly longer distance, but it paid off well and he came in second in his class.

Second, one of our better Laser sailors in a Standard had been substantially behind a Laser with a Rooster 8.1 sail, but as they rounded the island, he started gaining rapidly and then rolled him.  Looking more closely, I could see that it was simply a matter of keeping his boat flatter.  The wind was relatively light - around 6 or 7 knots and the 8.1 sailor was not hiking much at all. His boat was almost flat, but not completely.  The Standard sailor was really hiking and his boat was absolutely flat. What a difference it made - he just zoomed by and ended up finishing the race 2 full minutes ahead of the 8.1.
Posted by Keep Reaching at 5:36 PM 3 comments:

In a philosophical and non-mathematical way I am fascinated by the modern theories of quantum mechanics and relativity which I understand to be the 2 big theories of the ultra small and ultra large aspects of the universe. I previously posted an article about extra dimensions and a good website about imagining extra dimensions.  As noted, the obvious conclusion of studying the intricacies of string theory is that we live in a world that is part of all possible permutations of beginning and end and causes and effects and all infinities.

Today I ran across good lecture by Professor Robbert Dijkgraaf explaining - thankfully with cartoons and animations and no math - some of the theories about the big issues.

If I understood correctly, the basic idea is that space and time do not really exist in themselves - they are only emergent properties resulting from the quantum information on the surface of black holes.

I am sure that for most of my erudite readers this comes as no surprise and will seem rather obvious, but I must admit I was intrigued by the concept.

But, good grief - what does that mean for our reality?  Did that good start in my Laser did not really happen?

Even if it did happen (which it must have since, as I explained in earlier post mentioned above, this universe is only one of an infinite number of universes), if time really does not exist, how do I know I was behind the line at the start signal and wasn't really OCS?

Or if space doesn't exist, how will we even know where the start line is or when we enter the zone around a mark? Or when an overlap occurs?  Can anyone help with this? 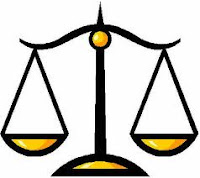 When the regattas are sponsored here by the local clubs they bring in an international jury.

I had my first dealings with one - and my first introduction to the procedural importance of the RRS - last year when we objected to the presence of a single handed skiff in the double-handed class (we are not a naturally litigious lot, but these regattas have prize money and the winnings can be an important part of our club's income).  We handled it in an informal way and I was asked to handle it before the jury.  Naively, I thought our prior discussions with a protest committee member would suffice but I was rudely awoken to discover that our clearly correct position was thrown out for failure to timely file the protest or redress. (It was more properly a redress since we were complaining about the decision of the race committee to allow the single-hander skiff who won to participate in our class.)  At any rate, I thereafter acquainted myself with Part 5 of the RRS.

Then about a year ago I attended a seminar put on by international judges who were in town for the Volvo stopover.  The main point made at this seminar is that you MUST get the procedural things right before you have a chance to win on the merits.  This starts with saying "Protest" on the water at the time of the incident (our little boats do not require a red flag).  Other words are not enough - the word "Protest" must be clearly said.

This weekend, I was allowed to sit in on the proceedings of the international jury - from India, Greece, Belgium, Spain and France.  It was fun and instructive.  And it reinforced the importance of procedure. Yes, the rules allow the jury to waive late filings and other procedural defects, but it is an uphill fight to convince them with a good excuse.

In the proceedings I sat through, everything started with a review of the written protest - especially the time of filing.  But, even if it was late, the protestor was called in and asked if there was a good reason why it was late. Among the reasons not deemed sufficient by the jury were: washing the boat, asking a colleague to help with drafting and waiting for the coach to give advice.  It was emphasised by one member of the jury that Rule 61.2 makes it clear that not all details have to be completed before the filing of the protest.

For the decisions, of course the most important thing is to determine the facts. The jury was scrupulous about procedure at this stage. They started each matter by asking what the protestor did or said at the time of the incident - trying to determine if he/she said "Protest". In our cases everyone had done so.

Then, using little boat models and arrows for wind and tide, they asked the various parties and witnesses to show what happened.   They were careful with the youngsters to keep things from getting too heavy and they viewed the main purpose with the youngsters as a learning experience. However, even with the youngsters, they kept the procedure rigorous - first the protestor, then protestee, then witnesses. Cutting off anyone who strayed from questions asked or the subject at hand. And carefully, but firmly handling coaches - especially one who was close to trying to bully the jury.

The questions to decide were not exotic - several allegations of touching a mark, a port/starboard situation resulting in contact and an allegation that someone failed to round a mark.

A very interesting experience and I plan to become more involved in this activity.