An American Pointed-Nose Scow in France 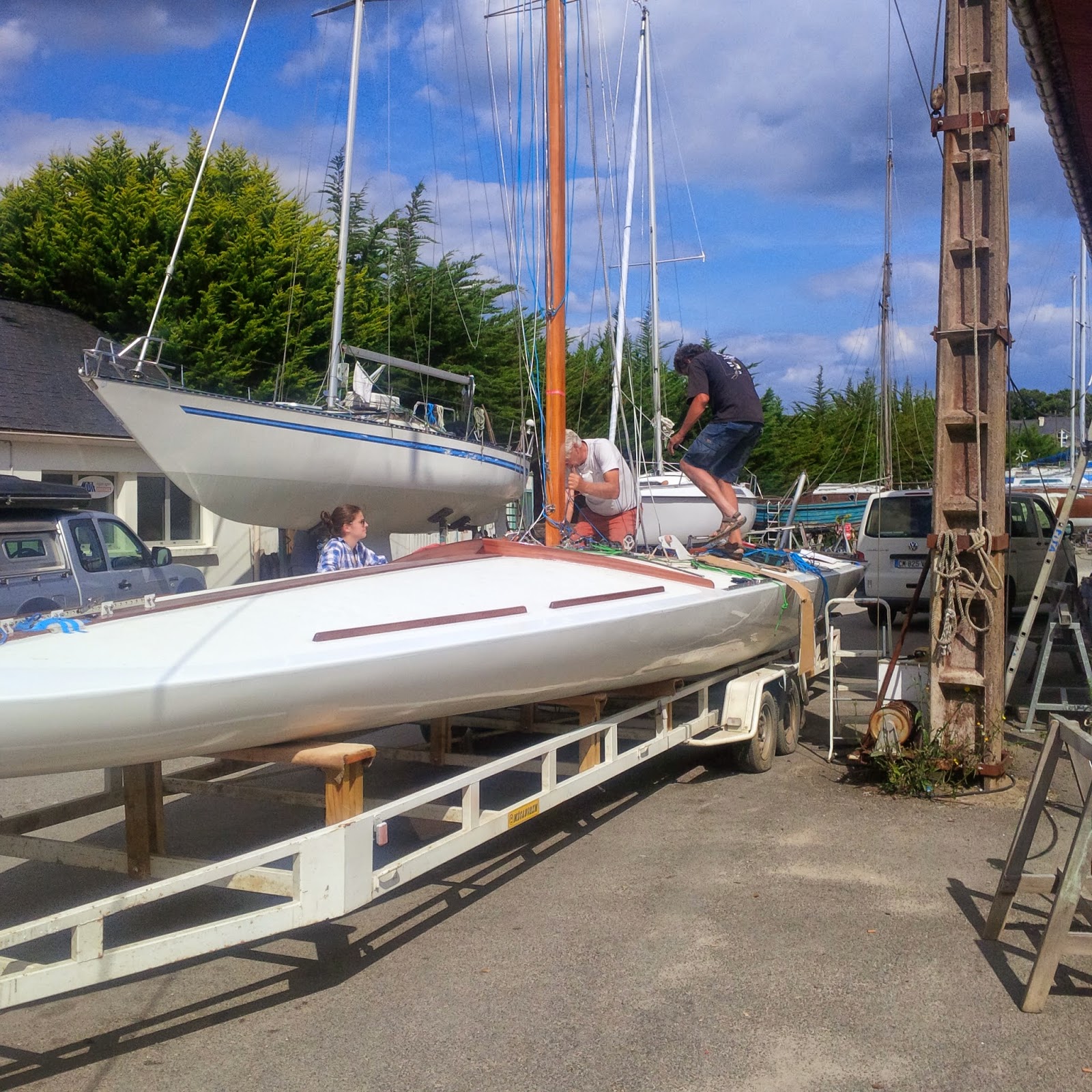 Sometimes it pays off to be in the right place at the right time.  Last week I was visiting my friend who owns a boatyard on the Golfe de Morbihan in Brittany and noticed an amazing looking wooden boat being rigged up.

I inquired about it and ended up getting a ride in it the next day.

It belongs to a French collector who has, over the years, bought more than 120 American classic boats, bringing them all back to France, fixing them up, selling some and puttering around in others. Not only sailboats, but classic Lymans, Chris Crafts and other motorboats, including one similar to the one in Some Like It Hot.

The boat in question is from upstate New York and was built in the 1950's. It is a pointed-nose scow, but I dont know anything about it beyond that - perhaps an alert reader can help. 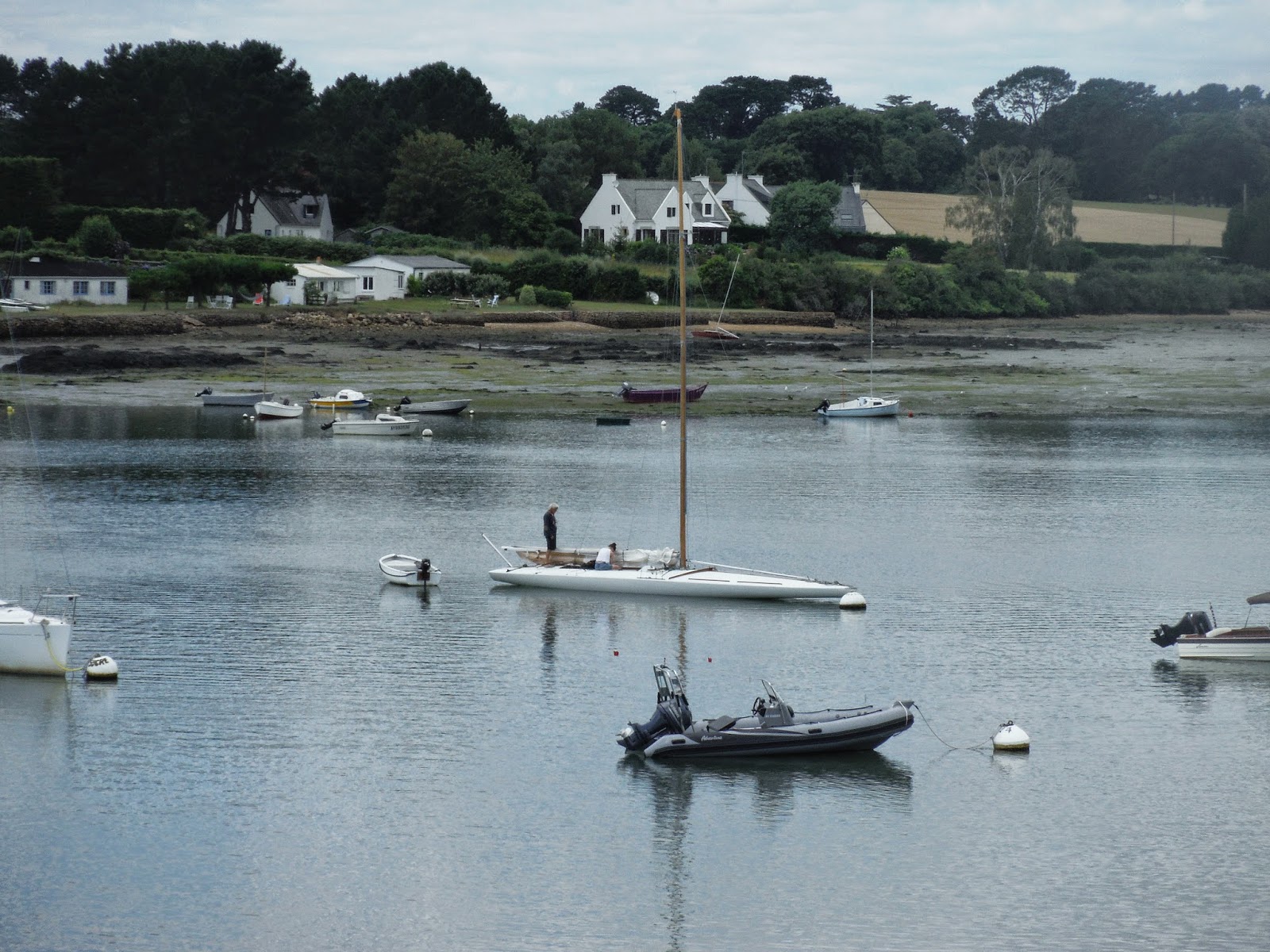 Notice the curious place of the forestay attachment - just behind the blue tape in the photo below.  And equally curious is the backstay which is attached to a pole angling out of the stern.  As if everything is shifted astern. 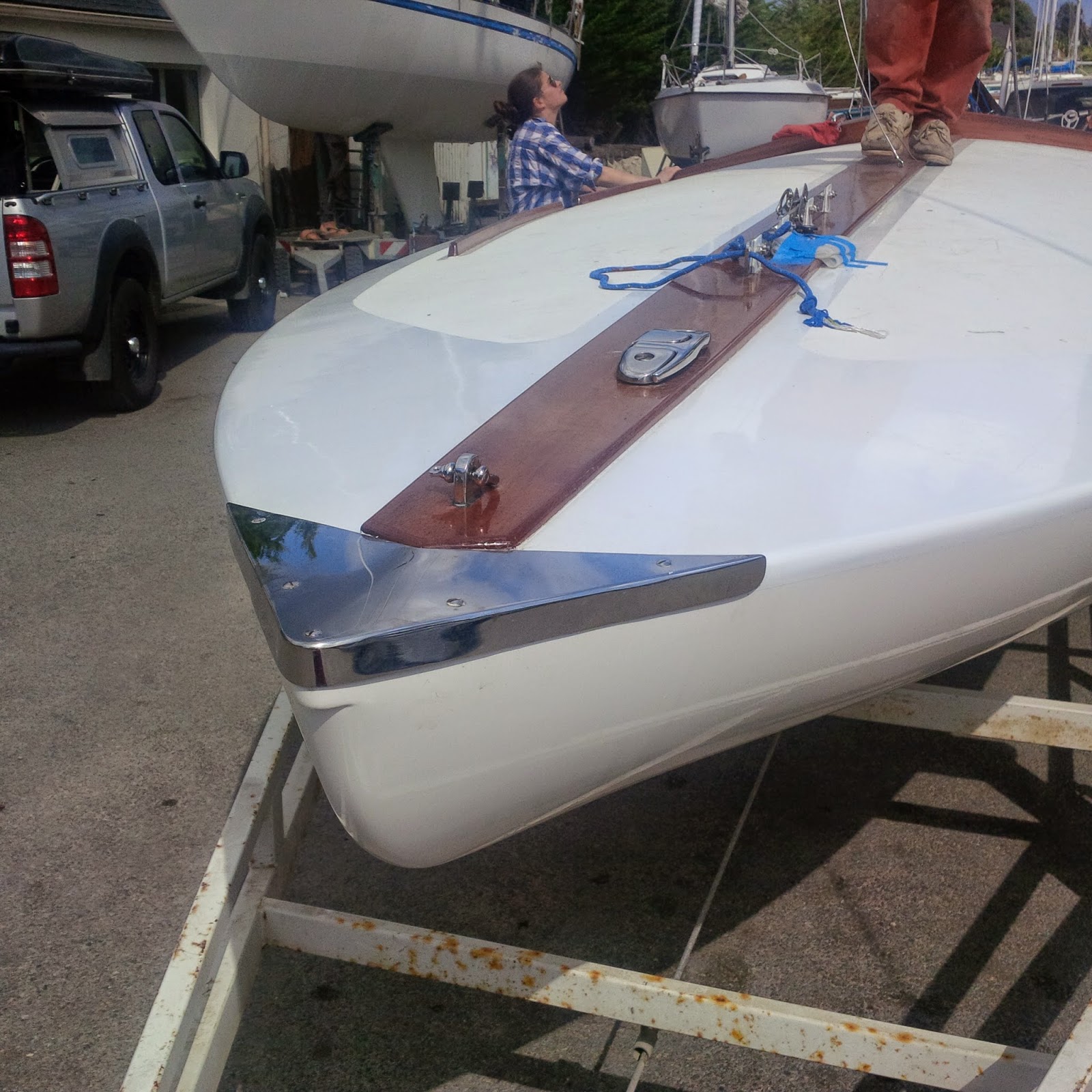 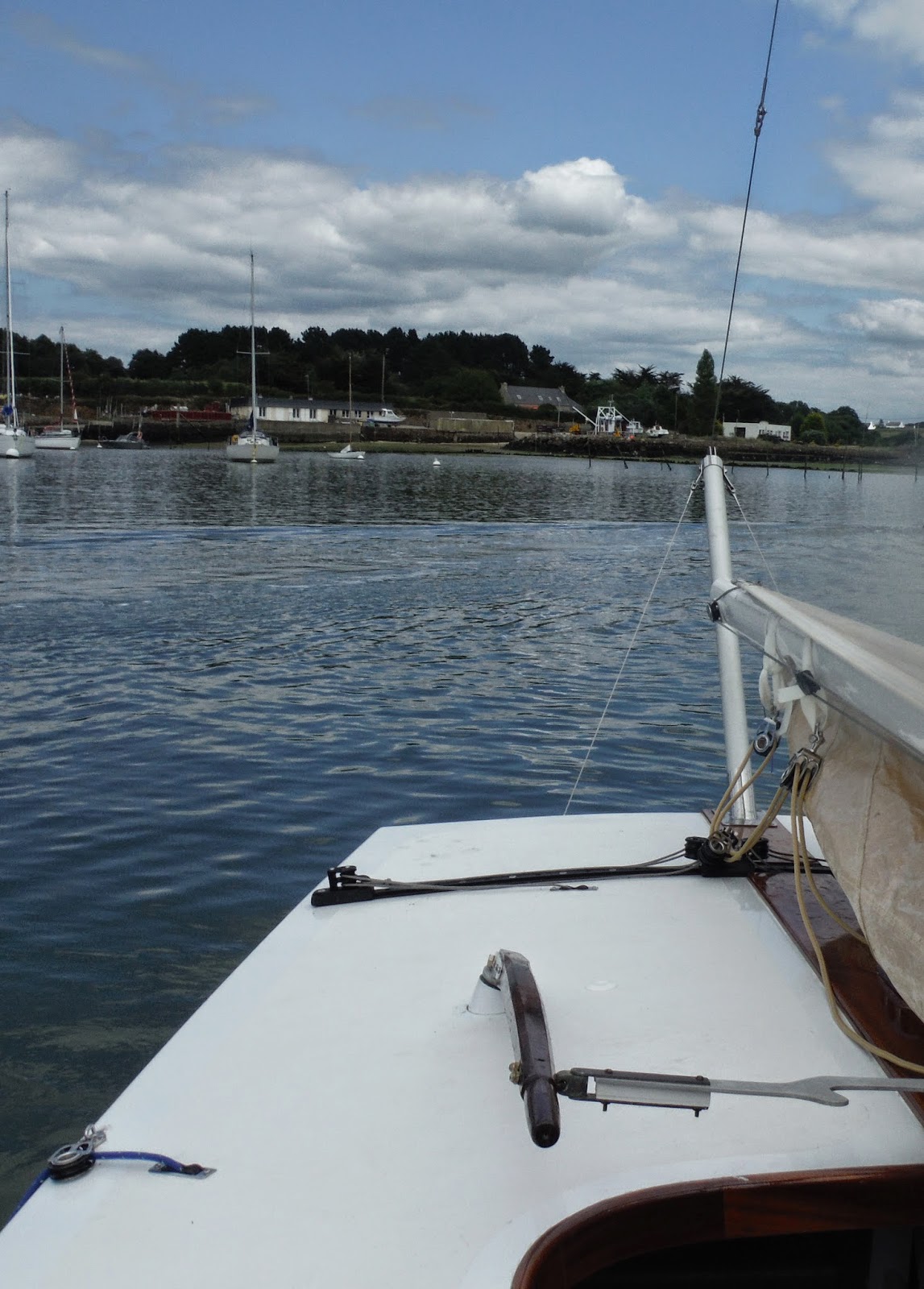 The next day I was lucky enough to go out for a ride with the owner, his wife and daughter and, at the helm, a Frenchman who was part of the original France I America's Cup crew and has since been a big part of the French and international sailing scene.   Can anyone identify him? 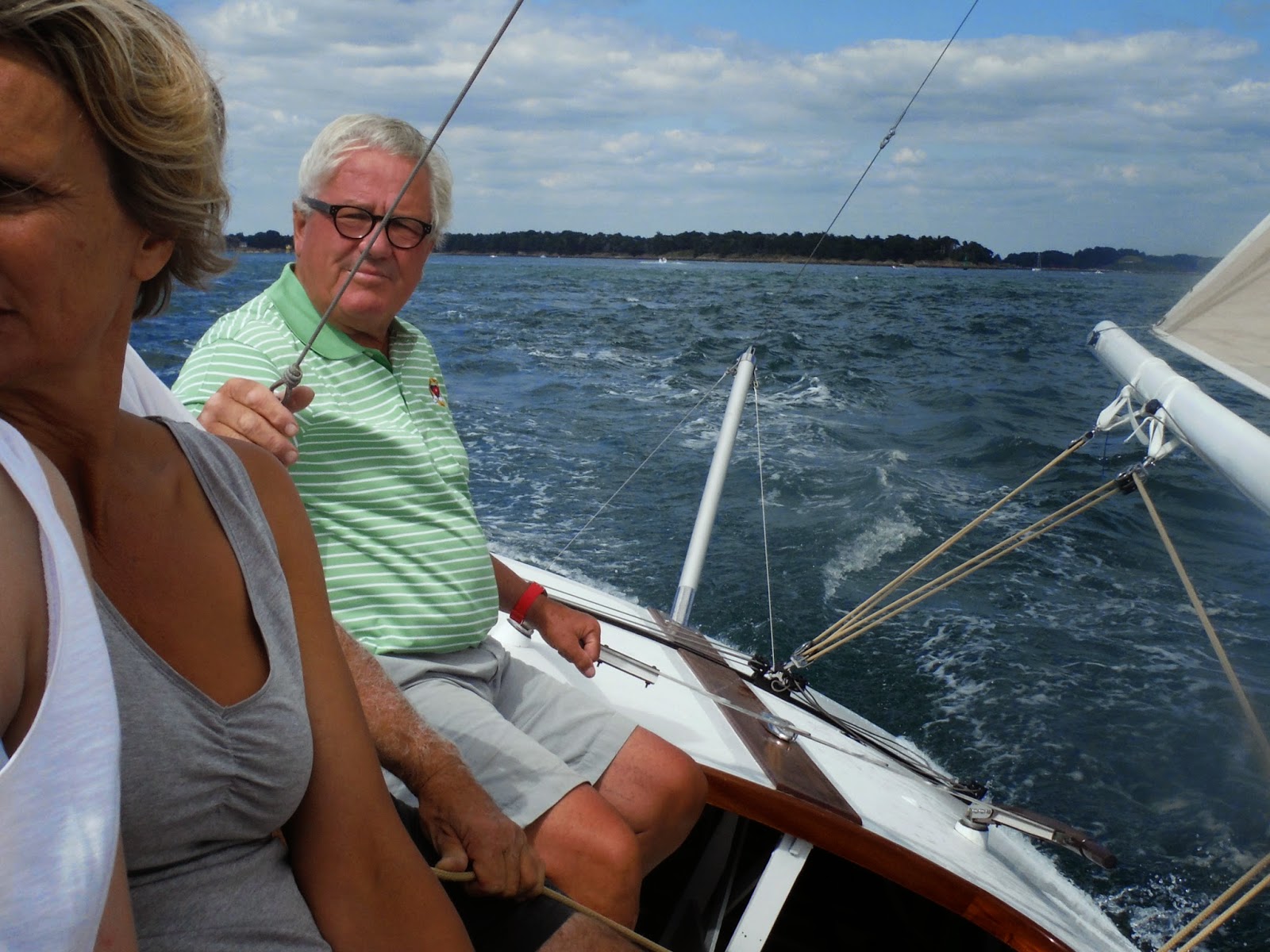 My job was to trim the jib sheet, with the helm telling me "Choquez, choquez" (sheet out) or "bordez, bordez" (sheet in) and occasionally switching to "Sheet in a beet, pleaze".  In addition, I helped raise and lower the bilge boards on each tack.  The wind was a bit under 10 knots which was fun but if it had been a bit more it would have been perfect.  This was a shakeout cruise and the owner made a number of adjustments.  We did not try out the kite. 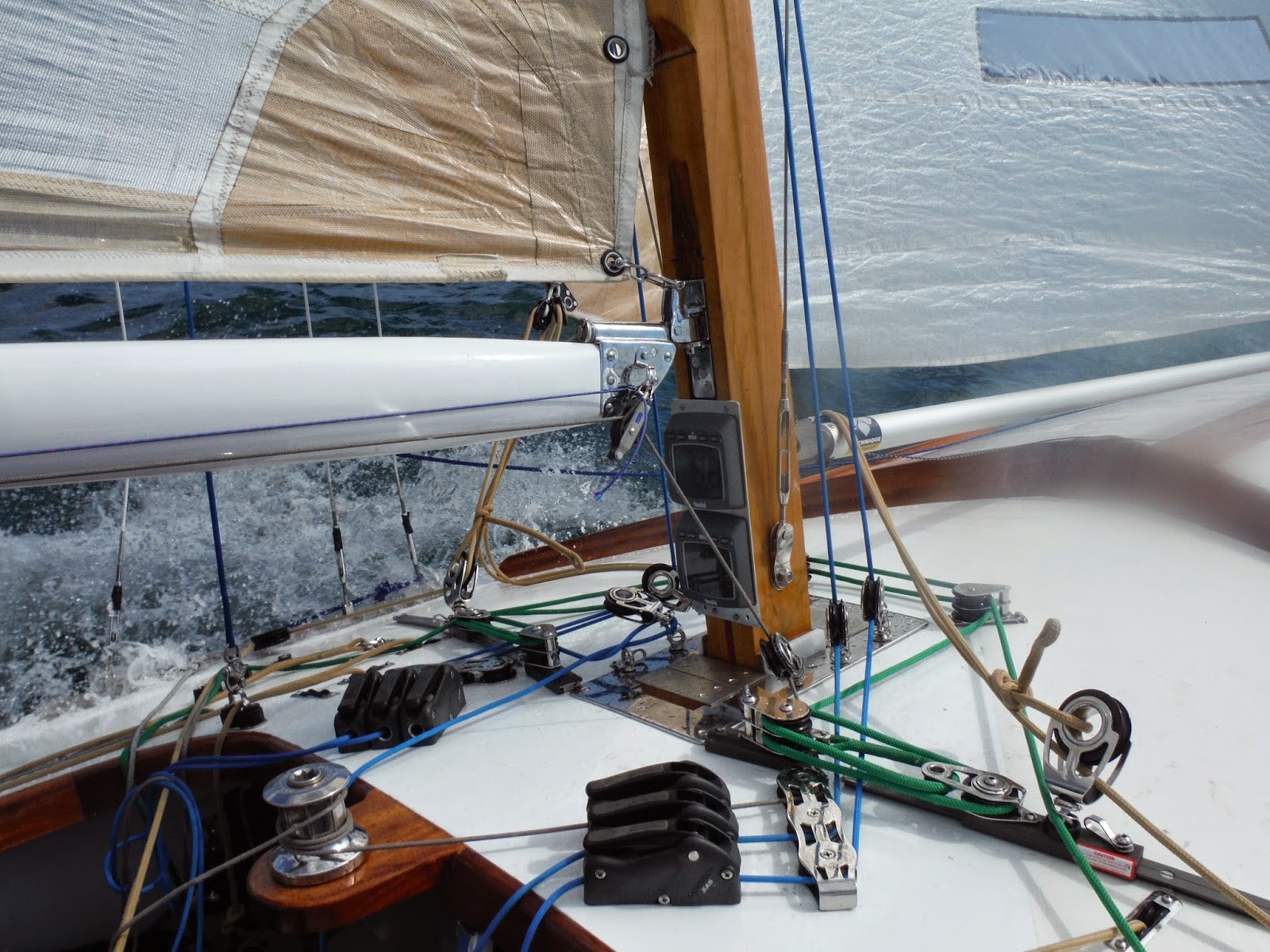 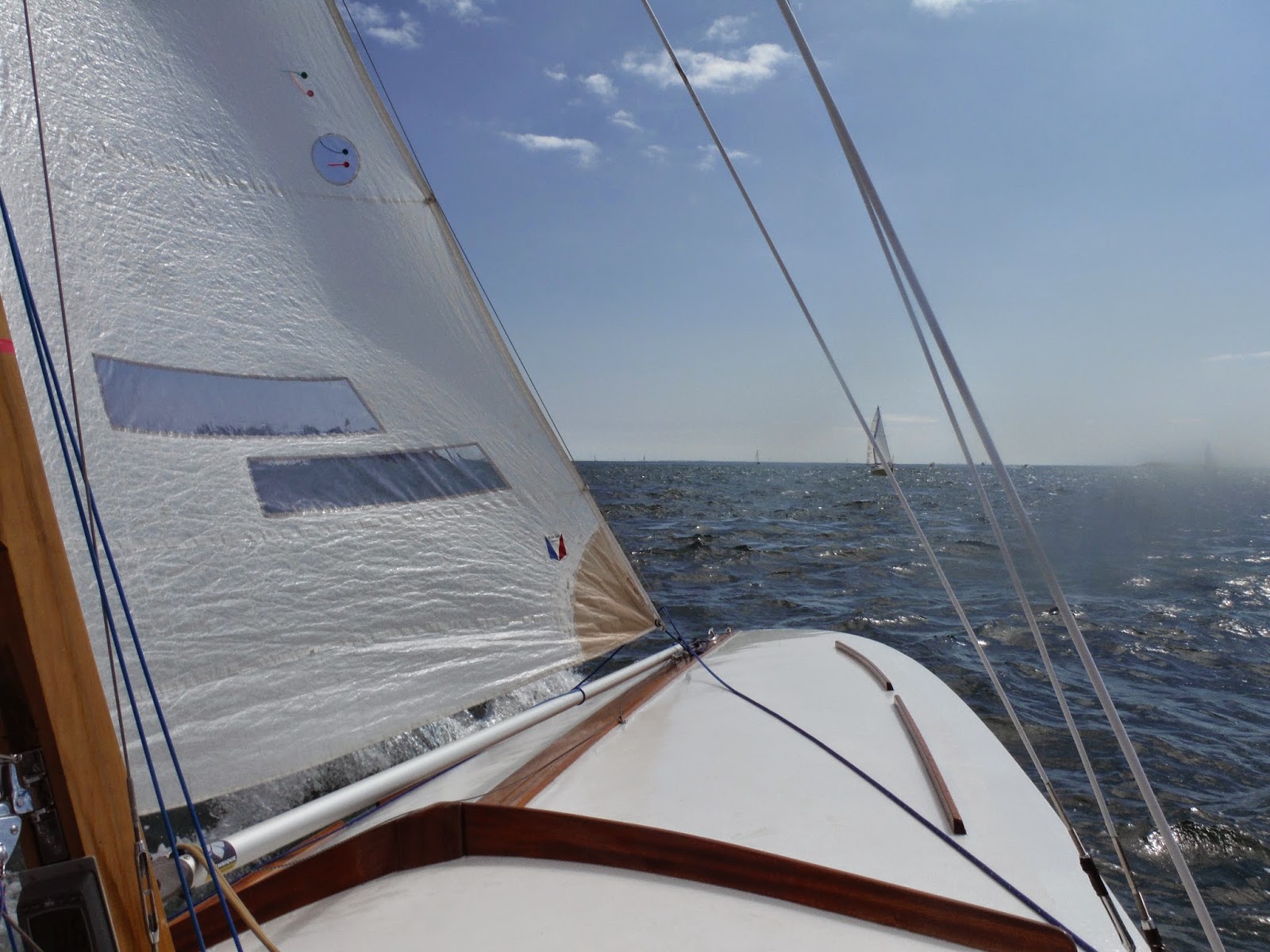 The scow is beautifully restored (with the addition of a bit of modern electronics).  Everything is adjustable  and many of the lines are hidden below the deck.   The backstay goes to a pulley at the end of the hollow metal pole at the stern and then into the pole and below deck, coming up near a jam cleat.  Also, since there is no self-bailer, there are two electric bilge pumps which, when turned on, eject the bilge water onto the aft part of the deck to flow over the sides.

While we were out we saw the Indomptable, a dredge fishing boat from 1947 that is a tourist attraction today.  We easily caught up with it and passed it like it was standing still - although I am sure our boat could not have dragged the nets the Indomptable once did.

It was a lovely, incredible day with beautiful weather, some sympathique new friends and a ride I will not soon forget. 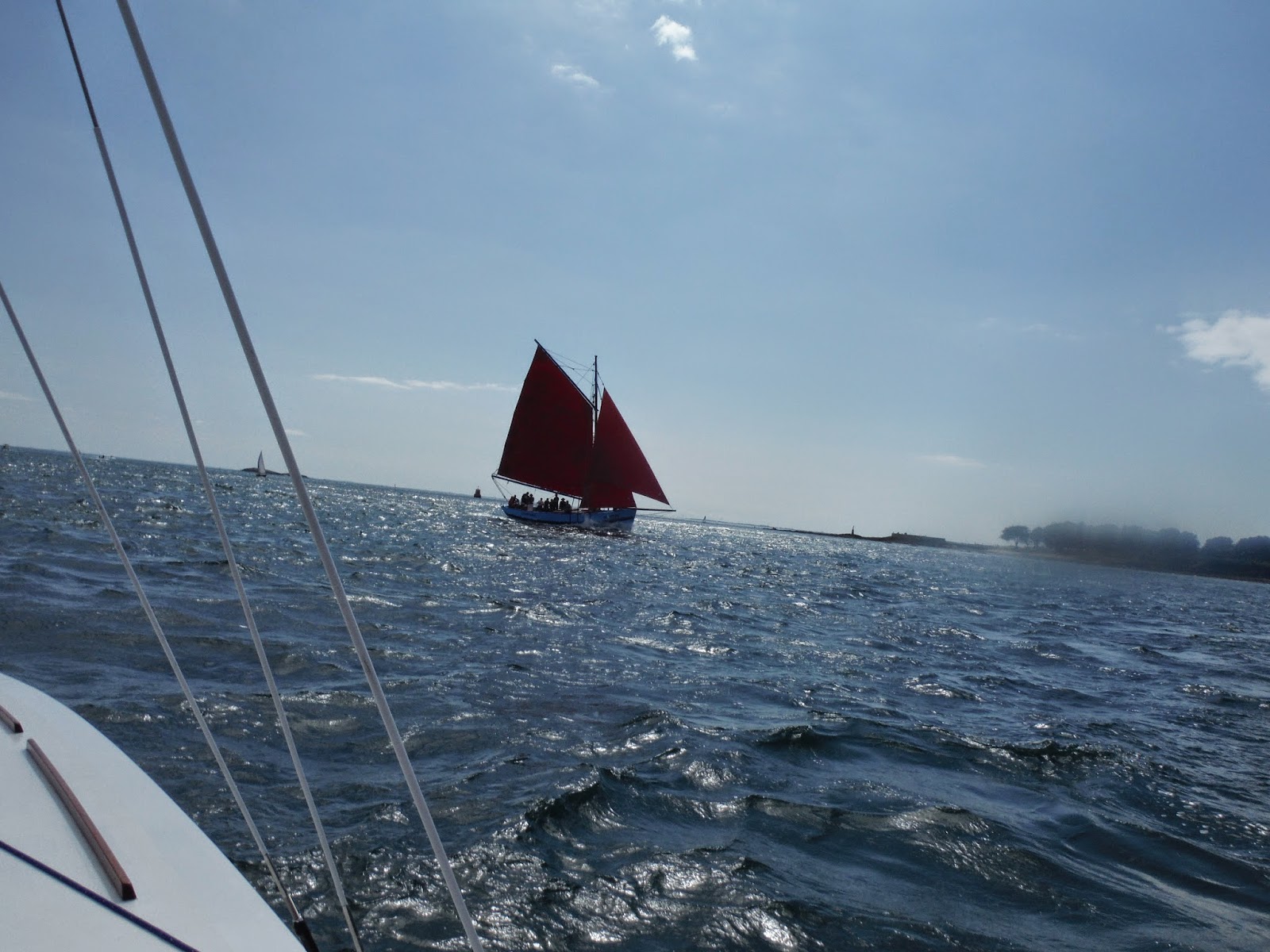 Posted by Keep Reaching at 8:20 PM